If you're a low-income family looking to buy a home, the experts advising hundreds of New Jersey townships on their affordable housing obligations have a nice place in mind: a four-bedroom house on Long Beach Island for $700,000.

Don't care for the beach? How about a five-bedroom house in Toms River with a pool and hot tub? It last sold for $500,000, but it qualifies as "affordable housing" to Econsult Solutions. 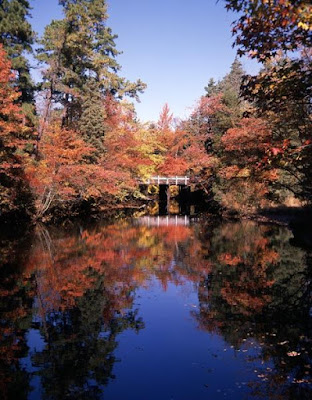 These are just two of 400 homes with price tags of $500,000 or more that Econsult has identified as "affordable," according to data provided by the Fair Share Housing Center advocacy group.

Econsult, which 280 municipalities hired last year to advise them on their court-mandated affordable housing obligations, has put nearly 20,000 homes, each worth $300,000 or more, on that list.


The calculations appear to be part of Econsult's broad finding that there already is an abundance of affordable housing in New Jersey.

There were 1,857 such homes in Burlington, Camden, and Gloucester Counties, according to an Inquirer review of Econsult's database. These include a four-bedroom house in Marlton with a three-car garage and pool that last sold for $441,000. A real estate agency called it "truly the largest home in the neighborhood."

Econsult did not respond Friday to a request for comment. Jeffrey Surenian, a Brielle attorney who represents the consortium of municipalities that hired Econsult, also did not respond.

The Philadelphia-based firm asserted in December that municipalities statewide need to zone for 35,000 new affordable housing units by 2025 to meet their future legal obligations. Under pressure from an Ocean County judge, the firm later reluctantly doubled that estimate.


Fair Share has calculated that the state's 565 municipalities must accommodate 202,000 affordable housing units during the next nine years to meet a recent mandate by the state Supreme Court.

The high court has for 40 years held that the state constitution prohibits local zoning regulations that make it unaffordable for low- and middle-income families to move in.

Efforts to eradicate exclusionary zoning have moved so slowly, however, that in March 2015, the high court unanimously ordered all municipalities to draft new affordable housing plans and submit them to Superior Court trial judges for review and approval.

Many of the municipalities that hired Econsult have submitted the firm's findings as expert testimony.

Fair Share, which is frequently at odds with Econsult over estimated municipal housing obligations, discovered the large number of expensive "affordable" homes in a database that Econsult drew up last month on orders from Ocean County Superior Court Judge Mark Troncone. The Inquirer obtained a copy of the database from Fair Share.

Adam Gordon, an attorney for the nonprofit, on Friday described Econsult's analysis of the affordable housing supply as "not grounded in reality."

Gordon said it appears that Econsult's calculation of how much low- and middle-income households can afford to pay for a house presumes a mortgage below 2.5 percent, and that the family pays only the interest on the mortgage, not the principal, in addition to real estate taxes.

"It's just not common sense that Shore homes worth $500,000 are affordable for working families," said Gordon.

"It is absurd that anyone would characterize my summer home as a way to meet the great need for affordable housing in New Jersey," Diaz said in an email to Fair Share.

A former candidate for mayor of Philadelphia, Diaz helped to litigate New Jersey's first Mount Laurel fair-housing lawsuit in 1975, when he worked for Camden Legal Services, Fair Share's predecessor. He later served as general counsel to the U.S Department of Housing and Urban Development.